Chewing the Fat: Asian America is in the Food 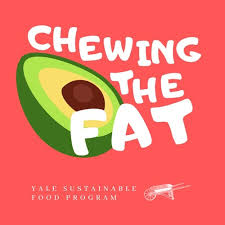 From chop suey to spam, curry to sushi, the connections between food and the histories of Asian America run deep, weaving together themes of identity, labor, and immigration. As part of the Asian American Cultural Center’s “Life After Yale” series, a panel of recent Yale alumni will speak on these issues for their own food careers. Join four distinguished panelists (Rupa Bhattacharya SY ’03, Lucas Sin DC ’15. Jaime Sunwoo SY ’14, and Latha Swamy FES ’16) for an evening conversation. Dinner will be provided.

Latha Swamy FES ‘16 is a director of food systems policy for the City of New Haven and a senior adviser to the Rockefeller Foundation Economic Council on Planetary Health. In these roles, Swamy leads promotes human and environmental health through food in New Haven communities.
Jaime Sunwoo ‘14 is a Korean-American artist from Brooklyn. Currently, she is working on a project called Specially Processed American Me about the canned meat SPAM’s place in Asian and Asian American history and culture.
Lucas Sin ‘15 opened Junzi Kitchen the year he graduated. Earlier this year, he was one of twelve chefs to become a Young Gun, an award bestowed by Eater to promising chefs in their twenties.
Rupa Bhattacharya ‘03 is the Editor-in-Chief of Munchies, VICE’s food journalism outlet. She has written extensively about food & culture over the years, in addition to being a cookbook author and recipe developer.