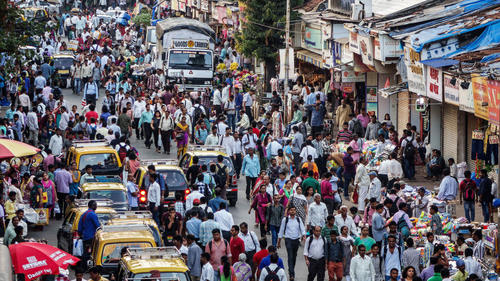 The world’s population continues to increase by a billion people every dozen years.  The increasing human environmental footprint overwhelms efforts at conservation and remediation.  The nexus of deep poverty and increasing population derails many efforts at human and economic development.  An understanding of human population dynamics is critical for anyone concerned about our current environmental crisis.

This survey course introduces the important and basic material on the biological, historical, economic, and cultural factors that determine human population growth. Topics will include the human and environmental dimensions of population pressure, political, religious, and ethical issues surrounding fertility: infanticide, abortion, contraception, son preference, government coercion, migration and the status of women.  Many topics are highly controversial and conflicting views on the causes, cures and effects of rapid population growth will be the subject of student discussion.

The course is suitable for students intending to major in any subject.

Robert Wyman is Professor of Molecular, Cellular, and Developmental Biology at Yale. Educated at Harvard and the University of California, Berkeley, his research has been in neuro-genetics: how genes build the brain. Recent articles in that field have appeared in Journal of Cell Science, Journal of Neuroscience, and Glia. Since Yale produces so many political and societal leaders, Professor Wyman believes students should be educated in the major world issues. Population is probably the most important of these issues as it is a major driver of both human and environmental misery. Publications in this field have appeared in Population and Development Review and Population and Environment.